How does one set up a LAN-less backup? Besides the tape library, SAN and FC with HBAs, what other devices are needed and how are these devices connected to each other?
There are currently multiple technical methods of doing " LAN-less" backups. 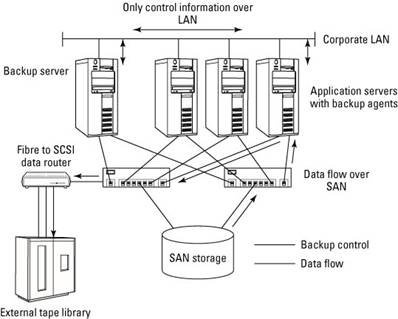 These figures are from chapter 9 of my book "Storage Area Networks for Dummies", which also covers snapshot backups and some formulas you can use for figuring out tape requirements and how long backup will take.