Home > Protect Your Data With the Cloud

Cloud Migration is More Than Just Moving the Data and VMs

The days of having your infrastructure neatly packaged in your own data center are behind us. Aside from the obvious allure of SaaS applications, many companies are looking for infrastructure and platform providers to deliver the hardware and systems they need on a pay-as-you-go basis with the security and reliability they demand.

When a company decides to move to the cloud, there are some key drivers, says Mark Bentkower, Director of Solutions Marketing, APAC at Commvault. A budget change, with a shift from capital to operational funds, often starts the transition from the data center to the cloud.

"They usually go to vendors with this request looking for advice and leadership but they get very different responses depending on [whom] they ask, whether that's their storage vendor, server provider or network company. And they may get a response that's colored by the specific industry that vendor is in."

Much of this is because there's no consensus on best practices for the cloud, Bentkower says. As a result, some proposed solutions will be based on a particular point of view rather than a broad understanding of all the options.

Bentkower says the next step is to determine which candidate systems and workloads to move first.

"That decision has to get made based on the value of the data to the organization and what the service levels need to be."

One of the first candidates, he says, is archive data.

"It's not data you need to get superfast but you need to keep it for a long time, and it's taking lots of space on spinning disks or tape and you're paying for a lot of space in a vault."

One of the things this process drives, says Bentkower, is a realization that enterprises are often unaware of exactly what data they have. That leads to the discovery of applications and storage that were previously unknown.

"Once we get past migration, we get into business continuity and disaster recovery in the cloud," Bentkower says. "Once they get some data and workloads in the cloud, they want to stop operating a third data center and move that function to the cloud."

Although Commvault is well known for its backup and archiving solutions, Bentkower says the company can also provision new virtual machines as part of the data migration process either to new data centers or the cloud. This extends to moving between different cloud providers and hypervisors, using automation that can detect which applications are the best candidates for cloud migration and execute the move.

This can be done without service interruption between different service providers, which helps avoid cloud vendor lock-in.

That drives companies to cloud-based servers that are fully synchronized in real time to the core, on-premises systems. This becomes the path to moving more production systems to the cloud as confidence rises.

Once the data and workloads that are the best candidates for the cloud are chosen and migrated to service providers that meet your needs, the time comes to assess the success of the move. Bentkower says the proof will come when looking at the business runs.

"If they're not running within the agreed service levels you know you've got a problem," he says. "Those levels need to be aligned to specific business activities."

With many cloud applications running in purpose-built containers rather than the traditional multitiered stack of hardware, operating systems and other services, Bentkower says it's important to understand a new approach to application development is required. He notes that Commvault's cloud applications run the same, battle-proven code that companies have relied on for many years, but it has been specifically configured and optimized for the cloud.

It's also important that underutilized cloud services are switched off so that unused and unneeded capacity doesn’t cost money. Bentkower says Commvault can detect those services and "turn the lights out" either when they are not needed or when capacity can be dialled back during quieter periods.

"I can set up times on a calendar or clock [to] ramp capacity up and down with Commvault, or detect when a resource is needed and add capacity as needed, dropping it back when the server is quiet," Bentkower. 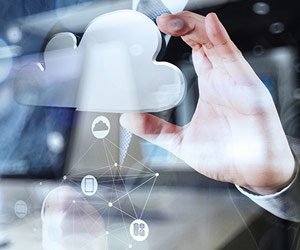