Fifty-seven percent of our survey respondents say they're implementing backup data deduplication using a variety of means. And they're seeing an average data reduction of 27:1.

Not too long ago, the storage world celebrated the 10th anniversary of backup data deduplication. Even if you weren't invited to the party, it's a good bet you're enjoying the benefits of deduplication. Fifty-seven percent of our survey respondents say they're deduplicating data backups, with an average of 2.8 years experience using the technology. Dedupe vendors may tout reduction ratios that strain credulity, but our group sees an average data reduction of 27:1, which helps reduce the amount of disk capacity they need for backup by an average of 44%. For restoring deduped data, 76% say it's the same or easier than restoring non-deduped data and only 15% note that it's a little to considerably tougher. Does it sound too good to pass up? Forty percent of non-dedupers don't see a need for it, and another 30% think backup data deduplication still isn't mature enough. Still, 45% of non-users plan to deploy dedupe in the next six to 24 months. 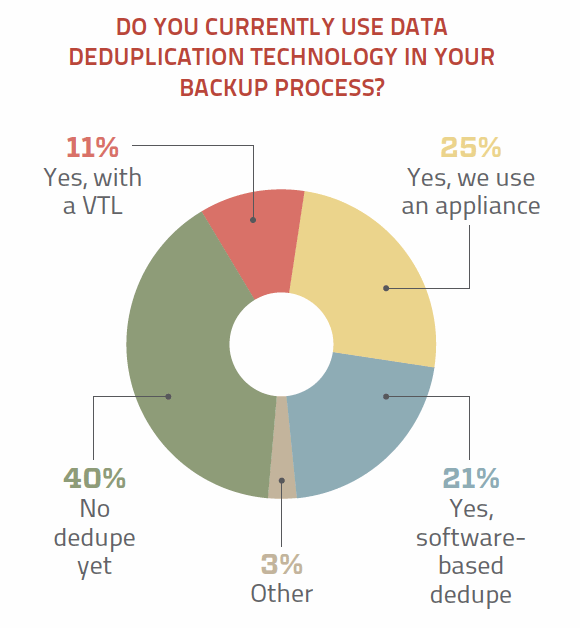 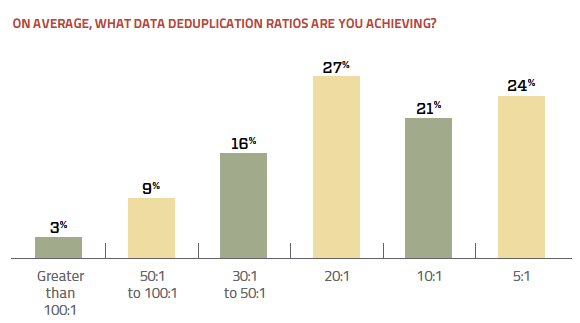 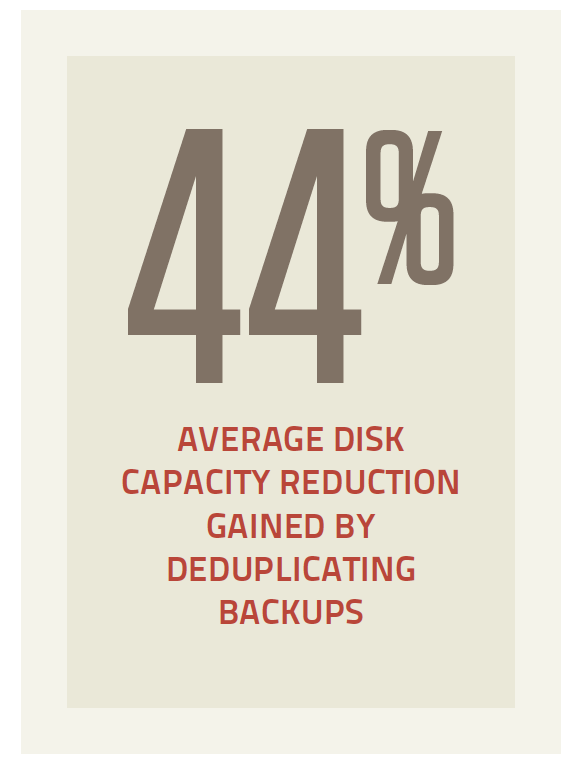