Backup is never going to be easy, but new technologies and processes are helping storage pros overcome the backup problems that have plagued them for years.

"Backup and recovery is, by its very nature, a pain point," noted one of our less optimistic but maybe more realistic survey respondents. Backup is an uphill battle, but it looks like storage pros are getting the upper hand. A year ago, 61% said their biggest backup problem was how long it took to complete a backup; this year, only 46% are eyeing the clock. Another of our users' biggest backup issues is the amount of data to back up; on average, our respondents will add 44 TB of disk capacity for backup, which is way up from last year's 35 TB and 2010's piddling 13 TB. Backing up the same stuff repeatedly is another backup bugaboo, with 41% saying they're backing up redundant data. But that's a drop from last year's 56% as more shops use dedupe: 48% use it now and 40% will evaluate. Three-quarters of our group back up virtual servers or virtual desktops. Asked to rate their virtual machine backup experience on a 1-to-5 scale, our gang gave it a 3 -- they're not crazy about it, but it's also not driving them crazy. 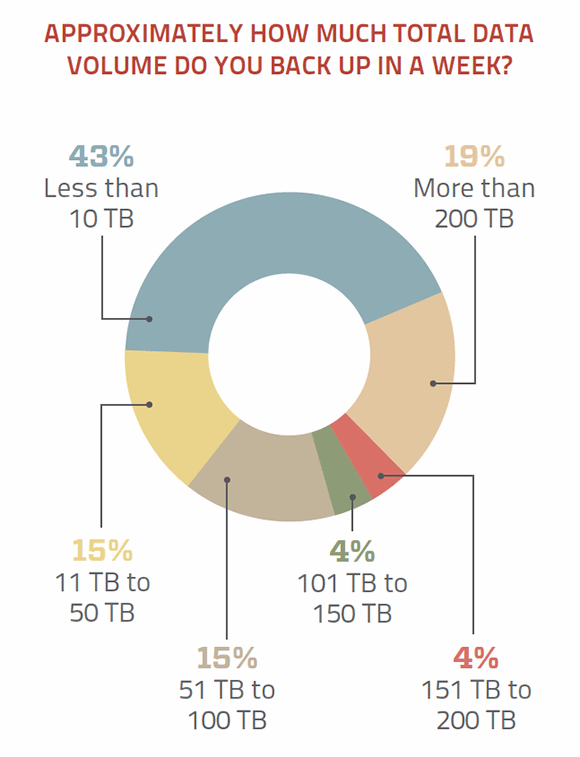 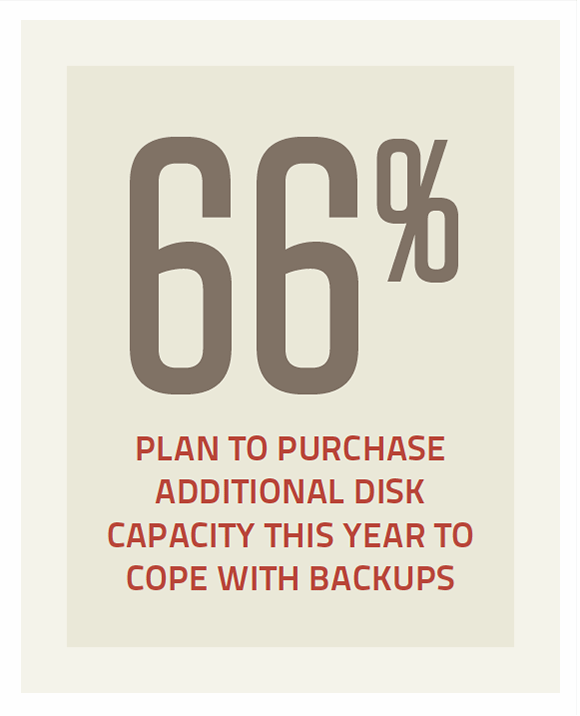