It's taken a while for cloud backup to catch on, but 31% of the companies we surveyed use cloud backup or recovery for at least part of their data protection system.

Cloud backup is the most mature cloud storage service, with roots that go back to the mid-1990s and a number of well-established consumer services with now-familiar names. It's taken a little while for cloud backup to catch on as a viable solution for protecting business data, but today nearly one-third (31%) of companies use cloud backup or recovery for at least part of their data protection system. Those users say that on average 55% of their backup data goes to the cloud, representing about 13.2 TB of data.

Since data security is usually the chief concern of storage shops considering cloud backup, it may be a little surprising that 70% say they back up primary data to the cloud; apps that you would expect to be good candidates for cloud backup -- such as archiving (32%) and mobile device backup (27%) -- are also popular. A lot of those cloud backup users (71%) also rely on the cloud for disaster recovery (DR), and 65% of those companies plan to spin up virtual servers in the cloud if a disaster strikes. But some companies are still wary of putting all their DR eggs into a cloud basket. One respondent noted, "Our biggest concern is retrieval of our data from the cloud in a timely manner in recovering from a catastrophic disaster."

Thirty percent of the surveyed companies also use cloud storage services for non-data protection applications: 17% store secondary data in the cloud and 15% send primary into the ether. And 35% say at least some employees at their companies use file share-and-sync services. 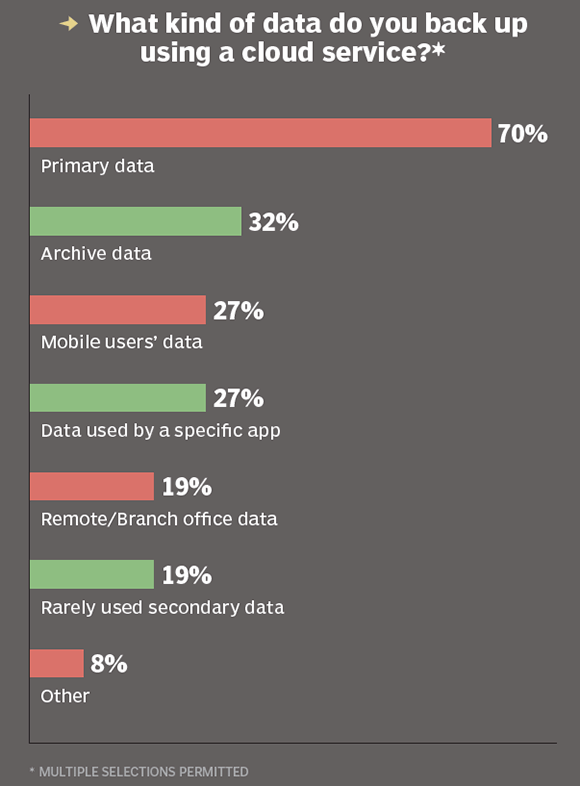 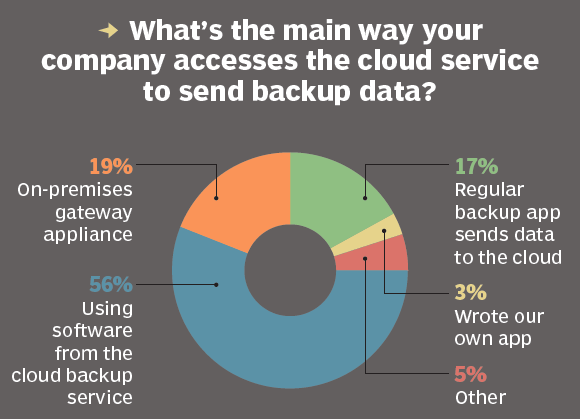 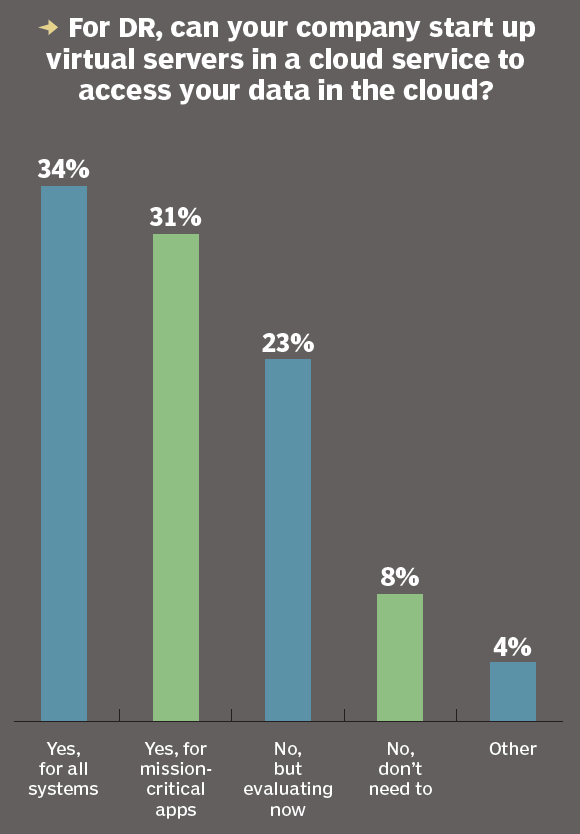 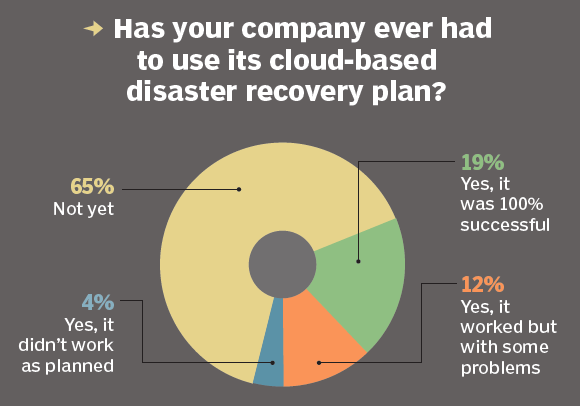 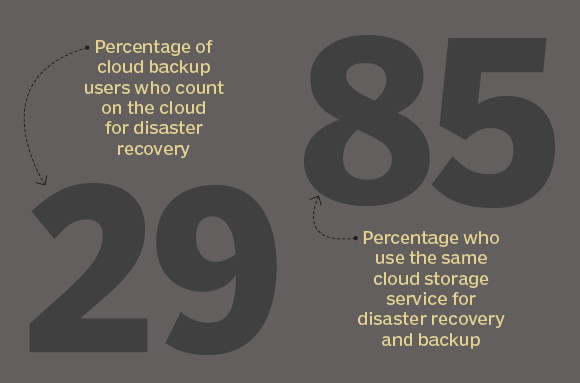