There's an old saying that backups are easy, it's the restores that are the problem. But our latest survey reveals that the data backup process is hardly a piece of cake. Forty-nine percent of respondents say their biggest backup bugaboo is the time it takes to complete a backup; for 48% the culprit is keeping up with growing capacities. Some are still grappling with virtual server backup (28%), while about a quarter are trying to keep up with application requirements. On average, about 63 TB of data is backed up each week, and 47% of those surveyed say a lot of that is redundant; at the other end of that spectrum, 26% fear they're not backing up everything they should be. On a brighter note, only 16% bemoan failed backups; but 31% would like better monitoring and reporting tools to track backups. Two-thirds are using deduplication to deal with some of these niggling issues, which is a bit higher than we've seen previously. Slightly less than one-fifth use the cloud to store an average of 37% of their backup data. More disk for backup is on a lot of respondents' shopping lists (84%), with an eye to adding an average of 28 TB of new capacity. 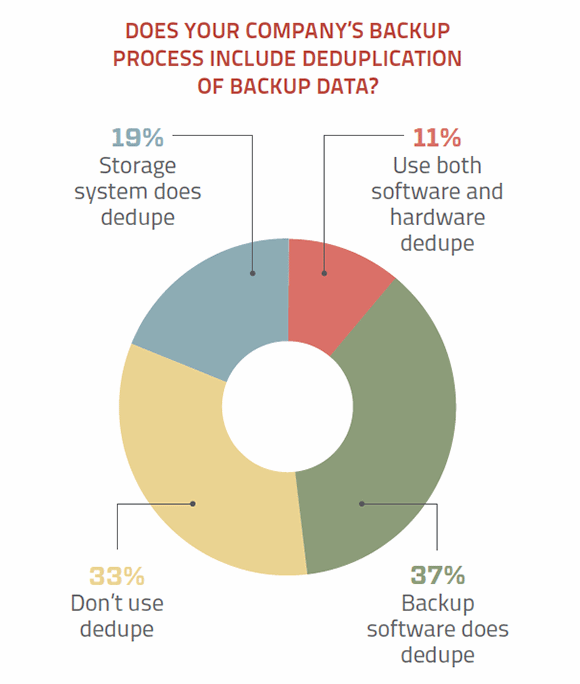