Our most recent Storage magazine survey finds that 35% of respondents use multiple cloud-based backup services and have an overall average of 13 TB of data in the cloud.

Cloud backup is one of the oldest cloud storage services around, but it's only in the past couple of years that it's grown up enough to be seriously considered by enterprises. Approximately two-and-a-half years ago, our survey showed that 24% of companies were using cloud-based backup, but today that number is up to 41%. Those users trust the cloud, too, as 72% are confident enough to ship their primary data backups to the cloud. It's also being used as a BYOD antidote with 40% using cloud-based backup services to back up laptops, phones and tablets. Most users (70%) rely on a cloud service provider for software to send their data into the ether. But our respondents don't put all their backup eggs in one basket: 35% use multiple cloud backup services, with an overall average of 1.7 services per user. How much do they actually use it? Cloud backup users have an average of 13 TB of data in the cloud, representing about 37% of their total backup volume. Eighty-eight percent say they're either satisfied or very satisfied with their cloud-based backup services experiences. 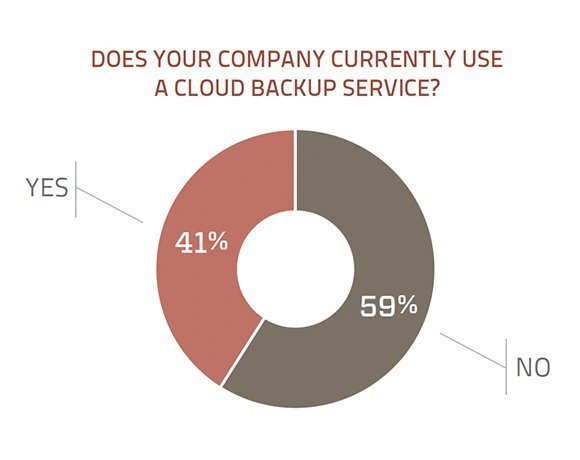 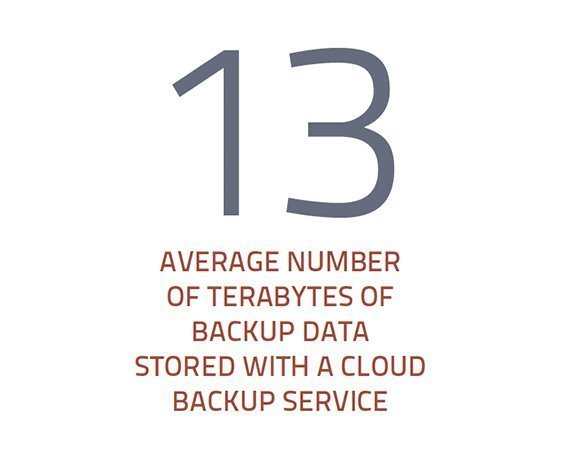 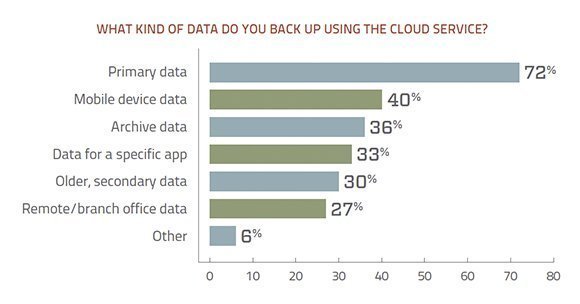